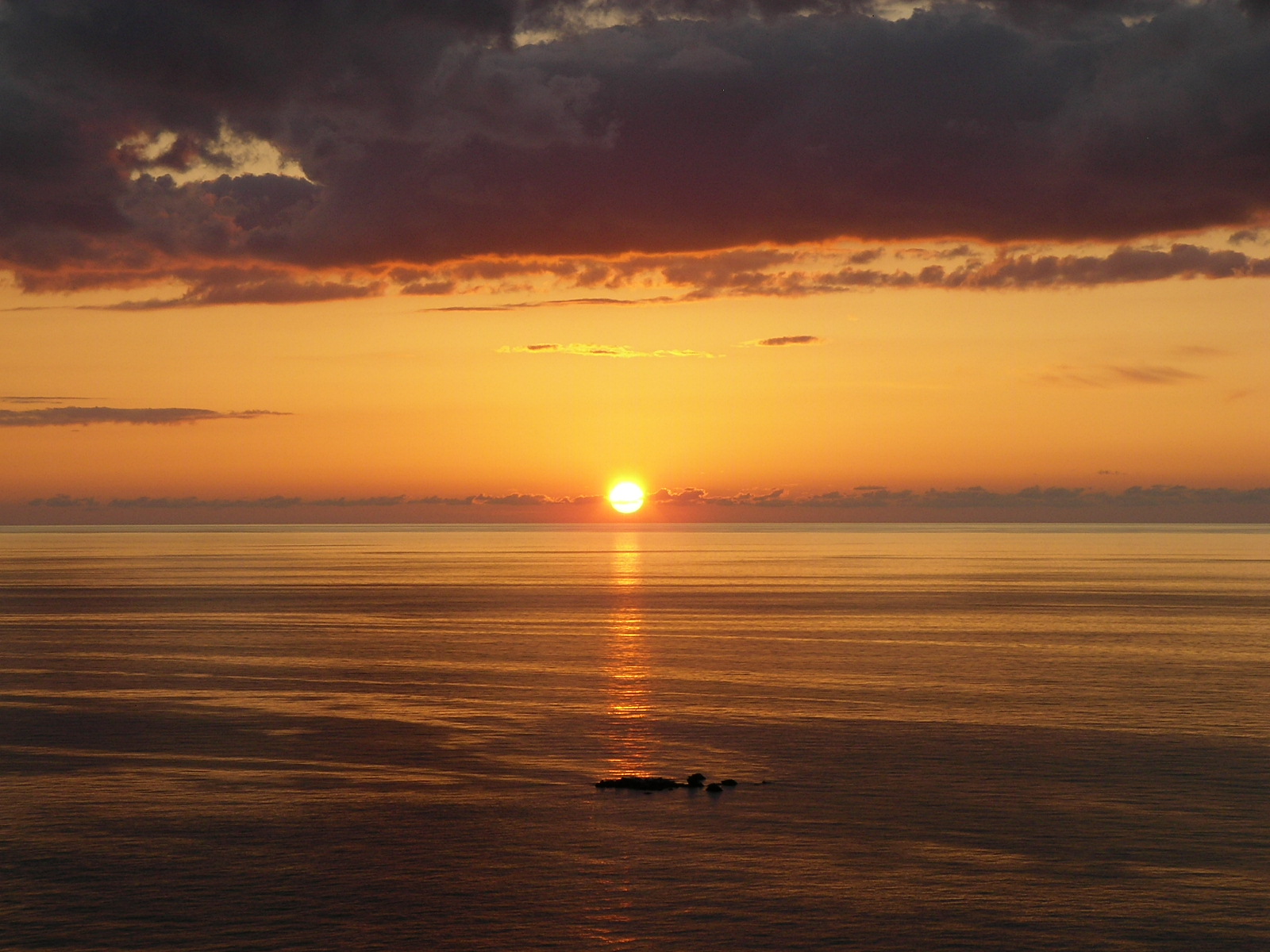 At the southern side of Shokanbetsu-Teuri-Yagishiri Quasi-National Park, this coastal area is some 20km south of Mashike on Route 231 (until its construction in 1992, the only access was by ship). Until the 1980s, Ofuyu Coast (雄冬海岸) was called as the ‘West of Shiretoko’, one of Hokkaido’s most remote areas with its amazing cliffs and hidden fishing villages.

(雄冬岬展望台) The Ororon Line’s most stunning viewpoint on the super scenic hills, 135m above sea level, overlooking the ocean and coastline. A magnificent sunset on the water is beautiful.

The observatory, about a 30-minute walk on the steep slope from Ofuyu bus stop, is open from late April to mid October (9am-6pm late Apr-May & Sep-mid Oct, 8am-8pm Jun-Aug).

(雄冬野営場) From late May to to mid October, you can pitch a tent (free) on the gravel shore beside Ofuyu bus stop along Route 231.